Often times it is difficult to explain all that goes on at CHOICES in a given week and even more so to communicate how impactful your investment is to us! Trust me when I say, YOUR gift is changing and saving lives.

A mother was with her 20-year-old daughter at OWC late-term abortion clinic. They were so adamant about their decision and did not want to talk with John who stands outside that clinic. After coming in and out and yelling at him all day they chose to come to CHOICES. Here they were loved, they were treated with dignity, and here they chose life for their baby!

A 24-year-old was enlisting in the army and could not enlist pregnant. Her boyfriend wanted her to have an abortion so they came to CHOICES. Together they realized they could indeed make a different choice…a choice to give life to their baby and they did.

A 19-year-old student did not want anyone to know she was pregnant and came seeking abortion. Her boyfriend wanted her to abort. She came back for a second ultrasound and in spite of all the pressure to abort she bravely chose life for her unborn child.

A 30-year-old arrived wanting an abortion and her pregnancy test was negative. She prayed to receive Christ and said, “Please tell me how I can do that. I want that for my life.”

A 26-year-old came for two ultrasounds and chose abortion. A week later she returned shattered, broken and needing to talk to us.

You are a part of happy endings of every given week! We also know there were many others who passed through our doors that are still deciding and some that have chosen to have an abortion. We know that the Lord is writing the story for each and there are no mistakes with each one walking through our doors.

Together we celebrate the victories, together we contend for those still making their decisions, and together we weep with those who weep! Thank you that together, we offer healthy choices through respect, dignity, and the power of the Holy Spirit in every given week. 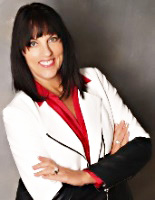 Organize your women’s ministry or small group to host a baby shower for a mom who chose life!
Our goal is to provide new gifts to moms of Choices and show support for their decision to choose life. (We also want to provide an opportunity for the mom to build a relationship with a community of faith.)

Sign up to cook and/or serve dinner for Parenting Development classes and other meetings throughout the year.

Champion the cause by being a voice at your church to create awareness. You can help us share the story of CHOICES.

Organize your church team or small group for a morning work project because…it takes a village. We want to steward well the gift of this beautiful building the Lord has given us.

Building Maintenance– touch up paint, fix-it projects, and building needs that may arise.

Prayer is essential to the ministry of CHOICES. Nothing stirs the heart of God more than the power of prayer. Will you join us as we turn our hearts toward heaven, asking Him to bring a miracle to individuals and our culture? The need is great and so is our calling.

Monthly Prayer Gathering – Join us once a month here at CHOICES for a corporate time of prayer for Choices ministry.

Prayer Room – Join us on-site anytime we are open in our prayer room specifically for those who are considering abortion today. Sign up individually or as a small group.

Special Events Committee: serve on a committee to assist with planning and executing any of our three fundraising events…

Photographers: Provide photo shoots for patients and their babies, or provide event photography.

The patient services department focuses on empowering women and men to make healthy and informed decisions and assist in the on-going care and support needed. We require a 1-year commitment and a weekly 4 hour shift of morning or afternoon.